The University’s Vision and Mission

Like the other Algerian universities, Blida 2- Ali Lounici has witnessed important developments which can be summed up as follows: 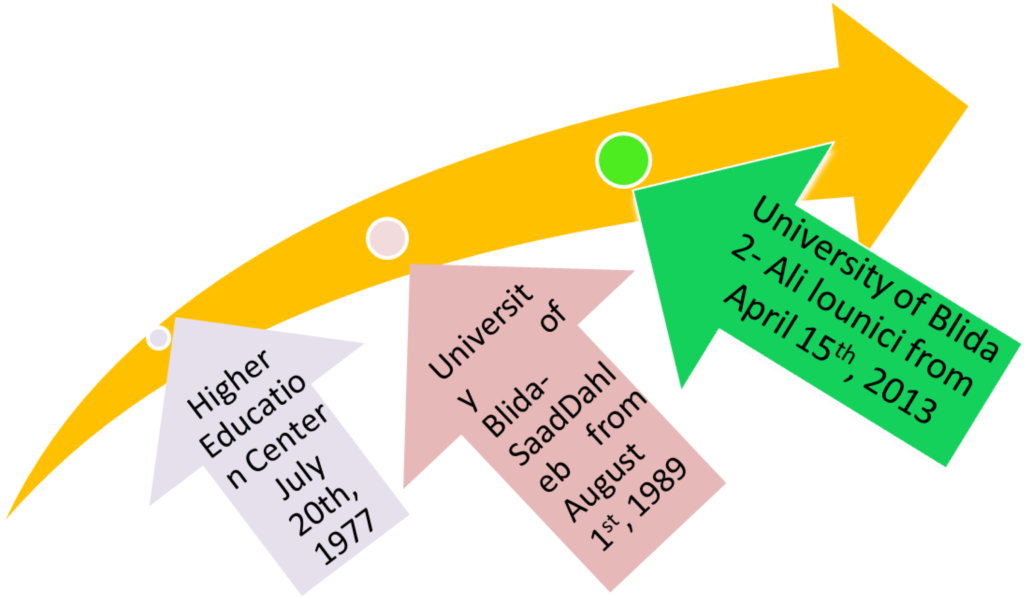